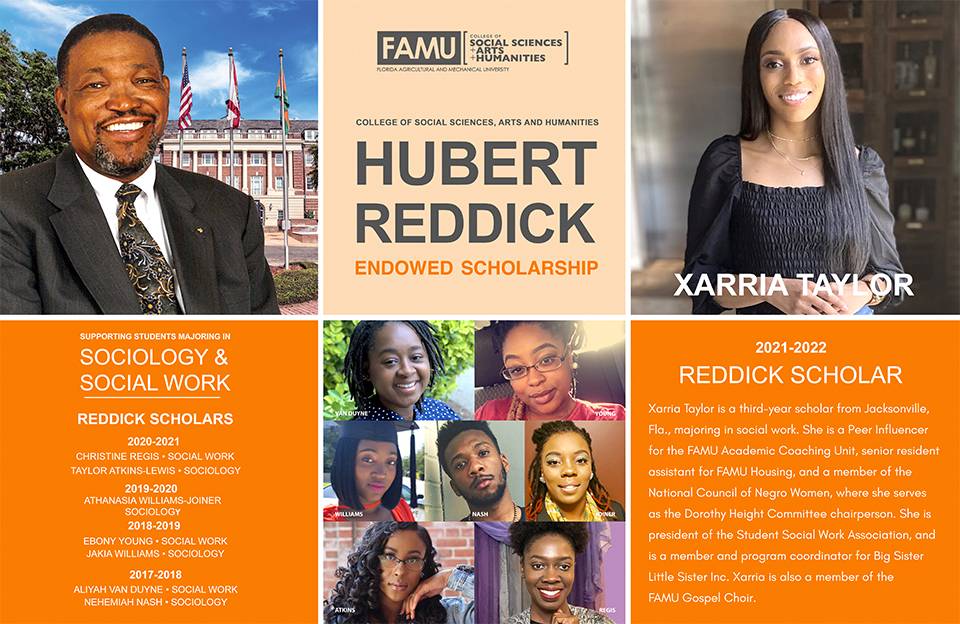 — For Social Work and Sociology Majors —

The Hubert Reddick Endowed Scholarship was established in 2014 to support students majoring in sociology and social work in the College of Social Sciences, Arts and Humanities. Two scholarships of $1,500 each, one for social work and one for sociology, are awarded for the ensuing academic year. Recipients must have and maintain a 2.8 cumulative GPA and must demonstrate an unmet financial need. The scholarship may be used for tuition, books, and fees. {will be disbursed through the FAMU Office of Financial Aid, which will confirm financial need.

Hubert Reddick loved FAMU. Having earned his Bachelor of Arts in Economics in 1957, the proud graduate often credited his alma mater with being a significant factor in his personal and professional success. That is why after the passing of Reddick, 80, on March 24, 2014, his wife Sandra honored his wishes to give to the university that so positively impacted his life.

To continue his legacy of helping others, the Reddicks donated $100,000 to establish the Hubert Reddick Endowed Scholarship to provide financial assistance to FAMU students majoring in social work and sociology. Reddick was born on April 20, 1933 in Lake Park, GA. to the late Mrs. Anna Chever Reddick and the late Mr. Tom Reddick. He was a resident of Valdosta, GA at the time of his passing. Reddick, who was converted at an early age, was a faithfully active member of St. Paul AME Church. He graduated from Dasher High School of Valdosta, GA. in 1951. After earning his degree from FAMU, Reddick moved to New York to further his education. There, he attended Bank Street College of Education where he earned a Master of Science degree in Education.

Reddick married his beloved wife, the former Sandra Furman of New York City, in 1958. They have one son, Kenneth Reddick of Statesville, NC. Reddick was a member of the Masonic Lodge, participating in different houses and was a 33rd Degree Mason. He was also a life member of Kappa Alpha Psi Fraternity, Inc. After retiring from the City of New York, he returned to Valdosta and was employed by the State of Georgia, Department of Family and Children Services, and the Valdosta State Prison.

Hubert Reddick was a devoted FAMU graduate as evidenced, by his loyal contribution of $100,000 to be used as scholarships for deserving students.

To apply, download and complete the fillable form. Submit the completed application via email to cssahadmin@famu.edu. 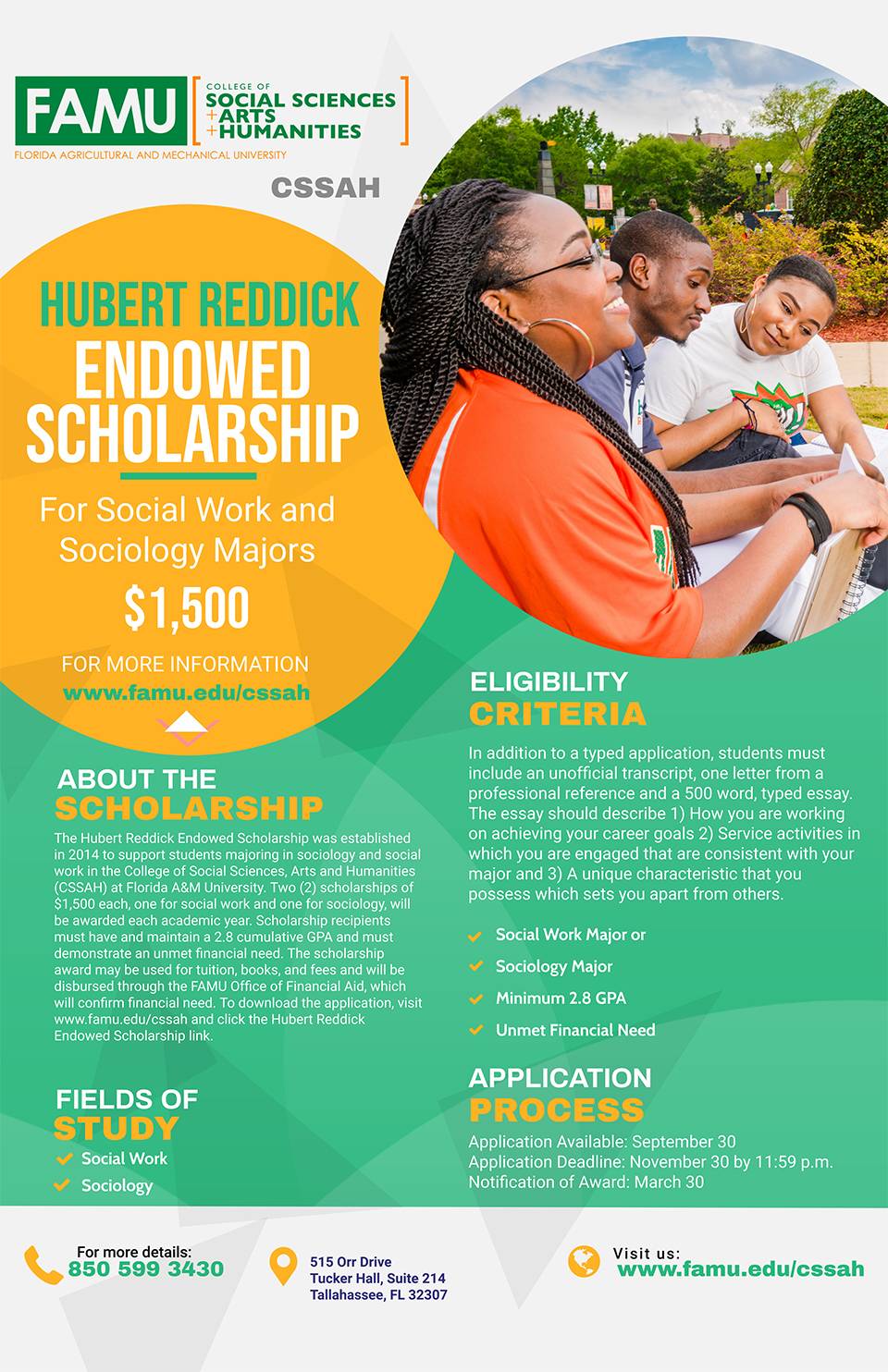