The Florida A&M University Flute Choir was established in 1974 under the director of Dr. Julian E. White. 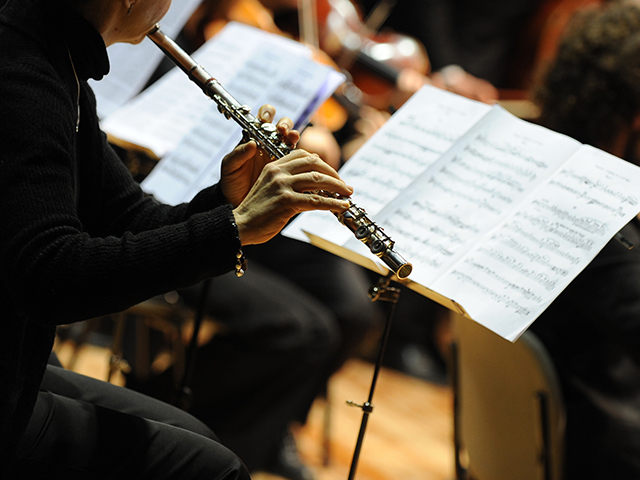 The Florida A&M University Flute Choir was established in 1974 under the director of Dr. Julian E. White.  The ensemble has grown from six members to the present thirty, with full instrumentation to include piccolo, E-flat flute, alto flute and bass flute in addition to the rhythm section consisting of piano, drum set and bass.

The ensemble is in high demand, performing for university programs, banquets and conventions in addition to numerous performances throughout the community and the state of Florida.  The flute choir also did two performances in Nassau, Bahamas.

The present director, Mrs. Dennine M. White, has served in this capacity for the past ten years.  Mrs. White is a graduate of Florida A&M University earning a Bachelor of Science Degree in Music Education.  She received the Mast of Music Degree in Flute Performance from the University of Akron.  Further study was done at Florida State University.

Mrs. White is very active as a recitalist and soloist, having served as soloist with several military and university bands.